An explanation of Anukul / Pratikul 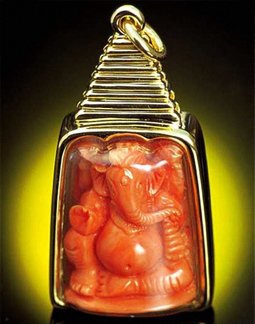 ANUKULA-VAD: A gem will act “SAME” as it’s planet – So gems should be chosen for Anukul (favorable) grahas – AKA known as GOODISM

PRATIKUL-VAD: A gem will act “OPPOSITE” of it’s planet – So gems should be chosen for Pratikul (unfavorable) grahas – AKA known as BADISM

Pratikul Planet’s gem choosing method for overcoming a weak or evil planet, based on the misconception that a ‘pratikul’ (inauspicious) planet is strengthened by wearing it’s gem and there by it changes from being inauspicious (pratikul) to become auspicious (anukul).

ILLOGIC: By providing the gem for a malefic planet, benefic results will follow. Example: A person has Jupiter debilitated and a malefic which is inauspicious or pratikul, but by wearing Jupiter’s gem, yellow sapphire or another yellow Jupiter jewel, it is believed that the ‘weak’ (troublesome) Jupiter gets strengthened and REVERSES to become auspicious. Some persons opine that a harmful planet means that the planet’s “cosmic color” is weak. The gems for the planets are concentrated essential cosmic color rays; so by wearing the gem for the weak, Pratikul (harmful) color that weak color is strengthened, and when the weak color is stronger then the harmful influence will be REVERSED, removed or mitigated.

Pratikul means a planet that causes evil influence or suffering to the native as seen through the horoscope. This may be a debilitated planet who is in a dusthana and enemy of the lord of the lagna, or otherwise disposed that the influence simply causes suffering.

Anukul Planet’s gem choosing method for resorting to or harnessing one’s auspicious (Anukul) planet(s) (exalted, mulatrikona, own sign, benefic, great friend, good house, owner of good house, etc.) based on the concept that lucky planet = lucky gem! In all Jyotish there are basically two broad catagories of planetary position, viz., favorable (to the chart) (Anukul) OR unfavorable (to the chart). One should avoid their weakness and cultivate their strengths. “Ratna-anukul” means the auspicious gem of strongest most desirable planet.

Example: One has Leo Lagna – their lagna lord is Sun, who is exalted (100% strength) and posited in the 9th house which is all very auspicious. That person would be advised to use a fine ruby, the Sun’s gem, to attract or harness his auspicious influence. On the other hand if a person had Saturn ill-disposed in the 8th house they would be advised to avoid Saturn’s gem blue sapphire and all other Saturnine things or activities. And better still they could donate a blue sapphire to pacify Shanideva.

The followers of Anukul-vad believe that the pratikul-graha color is the unlucky color, and to magnify that bad color will simply increase the problems caused by that unlucky Planet. Both methods believe that gems increase cosmic colors of their planets, thus for an Anukuli it is considered to be suicide to increase a pratikul-graha’s color. In Anukul there is never a case where a Pratikul (harmful to the chart/native) planet’s gem should be worn as it will surely increase the ill fortune; but such gems for a Pratikul planet can be used by DONATING them – giving them AWAY – according to Shastric directions. A pure anukuli believes that a pratikul-gem is NEVER good to use; it is increasing the cosmic poison, and ill fortune (a person’s bad cosmic vibes) should NEVER be increased.

Anukul means a planet that is beneficially disposed either by being strong in own sign, good house, ruler of houses which will bring positive results, or otherwise not ill disposed nor inclined to produce evil influence. A planet which is good for the chart either naturally or by house ruler ship yet somewhat weakened by placement may be strengthened through the gem, or a planet which already is strong and giving benefic influence may be further strengthened for gains in particular areas of life by wearing the gem.

The PGA respectfully quotes Vedic Astrologer, Tom Hopke (Nalini), author of How to Read Your Horoscope ©1988 – pg. 280, para 2 where he states, “The Astrologer should use common sense – direct people away from their weaknesses and towards their strengths.”

Jyotish Gem Powers AT A GLANCE