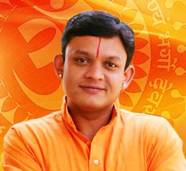 Guruji Shrii Arnav – Vedic Guru is also an internationally acclaimed planetary gemmologist. An Accredited Jewelry Professional from the Gemmological Institute of America at present he is the chief mentor of http://www.astromandir.com and http://www.gemstoneuniverse.com. He is also the chief Horoscope columnist of Deccan Herald– A leading Indian English daily.

It’s a great feeling when you are accepted into an elite club. It is a different thing that people go hoarse fighting for the cause of egalitarianism! But the desire to feel special, to be a part of exclusive few, to be in that bracket that bestows high status and a privilege feel is a secretly / overtly held desire in all human beings.

The gemstones rare and precious are exotic and set their owners apart from the masses in a large way. If you are charmed by them, you will be inclined to observing them around you, on an average, if one looks around in India, one out of every six individuals is sporting some kind of a gemstone – whether it is a natural gem, a simulant or a synthetic is immaterial is at this juncture.

Gemstones appeal, enthral, captivate and carry a promise – of delivering value not just by way of their market price, but also by delivering on count of the planetary energies that they hold within them. However, the large question is why are gemstones so out of reach for most individuals?

Is it just the price factor? Is it the scepticism? Is it unavailability of an authentic vendor among several other reasons? 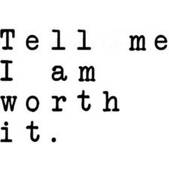 The biggest factor that could be playing spoilsport in the gems reaching you is the crisis of self- worth that almost every person in the larger populace faces. When you require a celebrity to tell you that you are worth it just to sell some cosmetics, just imagine what it would require to tell you that you are worth the gem your are investing in and probably much-much more!!!

It just goes on to convey the state of self-image of most individuals. The average human being craves for that change in his/ her status, for miracles to happen but then is unwilling to take even a step forward because of this crisis of self – worth and crisis of faith.

Gemstones are beautiful and precious. They are nature’s miracles. Nature’s creation that has divine energy pulsating through it! Just think of an infant (they say that infants are God’s incarnate, till the human thinking and conditioning begins to come in to play) and how they are at absolute ease with some individuals they haven’t come in contact with before and how they bawl their lungs out with some other individuals too!!

There is a very simple explanation, where the uncorrupted primordial energy residing within one being senses the other one – is at ease and welcomes it, if it is in harmony. Or repels and disagrees with it, if there is a discordant note felt!

Likewise, I have always maintained that gems always choose gems (individuals). If you are having a crisis of faith in your own being, chances are that no gem will be able to work for you.

The basic premise for a gem to work is to have faith in yourself, the primary seat of power for YOU. However, if your own altar is built of shaky material, nothing else can reinforce that structure, until you give it a good sound foundation yourself.

Once you are in a place where your inner divinity is given the sacred befitting place it deserves, your primordial energies will be able to draw that of the finest gems. A doubting Thomas will remain just that – A doubting Thomas and life will go by trying to find the answers to the WRONG questions. 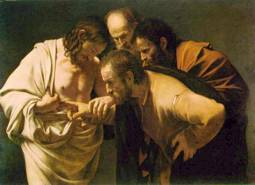 Doubting Thomas seeks the veracity of Christ Himself

There is the other case also when an individual may procure a gemstone but unburdens all the expectations of his/his life on to it. Please remember at all times, that karma (past and present – sanchita and prarabhdha) are both big players. We like to assert forcefully about our rights and that which is due to us.

NEVERTHELESS, WHY IS IT THAT OUR DUTIES AND WHAT WE NEED TO PAYBACK ARE PROMPTLY FORGOTTEN?

WHY DOES ONE ALWAYS SEEK A DESSERT RICH DIET? Meaning that, where in life are good results in life promised, and if they aren’t, why are they sought with such a linear/ illusory focus?

Gemstones do their work, and they do it well. Please remember that gemstones CUT LOSSES in bad times and CONFER GAINS in the favorable times.

Miracles do happen but nature has laid bedrock for it to happen in the first place. There have been people who have landed with solid breaks in life overnight, after gem therapy and there are individuals who still await a miracle.

For instance, two different individuals were given the recommendation to wear a consecrated and energized natural blue sapphire. Individual A was running the Saturn mahadasha and Individual B was under the influence of Mars Mahadasha.

Individual A landed a profitable contract with a petroleum firm in the Middle East, transforming his fortunes overnight, while Individual B continues with his average looking career and life. It is not that the Individual B’s blue sapphire has not worked.

For Individual B, Mars Mahadasha meant serious threat to life and health. Mercifully, he has gotten along fine with few minor injuries sometimes and minor seasonal ailments at worst. His personal relationships are normal and he has a job, even in times such as these.

After knowing all the facts, would you still say that the blue sapphire did not work or that it has worked as a protective shield, minimizing the damages that could have been?

If only people expect the right things…life would seem more fulfilling.

Gems cannot change the final outcome of events. Destiny was scripted for you at the time of your birth. However, the promise of gems is that they can mark the path towards your endpoint filled with many pleasurable events. They can also help a person realize the life purpose and life path faster.

What also interferes with the gemstone choosing is when the overly intelligent buyer brings his cache of the ‘worldly knowledge’ to the table. Planetary gems are miraculous and a value cannot be put to them, if one goes by what they can do for you.

But then, this is an occupational hazard in times when remedies are peddled dime-a-dozen on the national television and loud promises are made raising expectations dangerously and that too at rock bottom prices.

Each one to their choice!

Really see what treasures are available and the vision one NEEDS TO ACQUIRE to be able to see them in true light.

How else would you prevent yourself from heckling for an emerald that was formed over five hundred million years, at a specific temperature and pressure that is extracted from the earth in conditions you cannot imagine!